Urgent tasks.
BMC sign: When the new sign is ready to go, it has been proposed to reposition it . Bob and Michael took a view on this, please see map F1. I am able to bring appropriate labour when needed. Is hammering stakes into the ground the best method or should concrete now be considered. The old sign stood at eye level, but in its proposed new position its height would affect the view .
Removal of 2 tree stumps : These are above Stone Farm Crack, map F13. We are aware of the need for this to be done. The East Grinstead Climbing Club have offered their assistance with this job. They are good rope climbers and also have old rope and rigging to use. All that is required is the go ahead. After that, urgent consideration should be given by the HRMG as to where bolts could be put in. 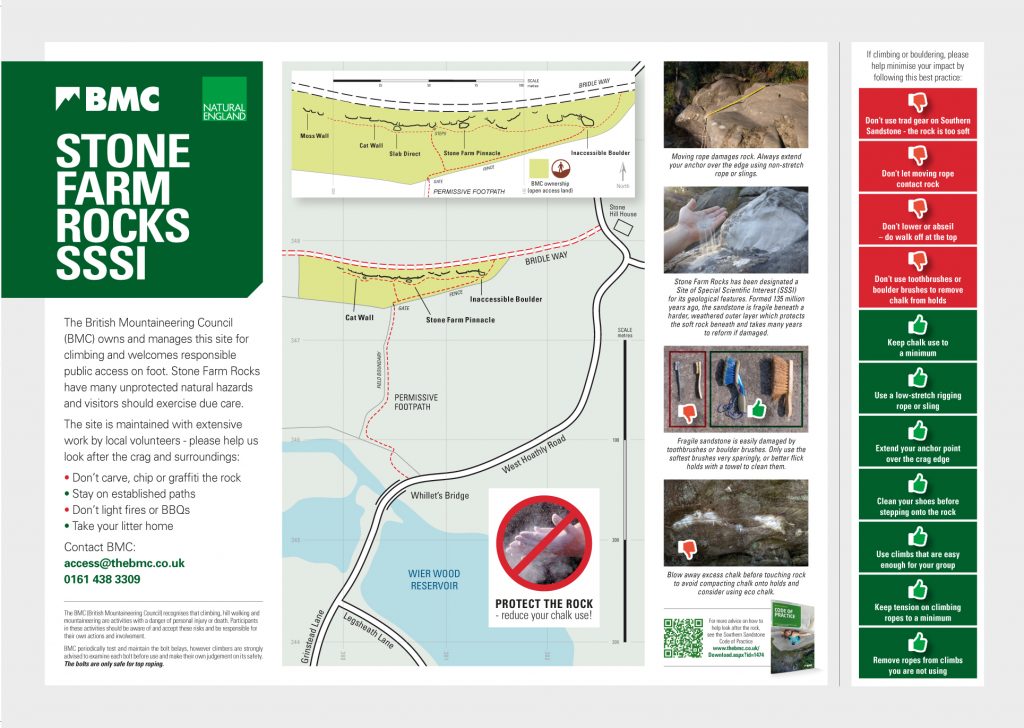 Stone Farm Rocks – Position Statement as at August 2005
The purpose of this paper is to describe the current position on the various issues relating to Stone Farm Rocks, and to draw attention to outstanding problems and decisions that needs to be made.